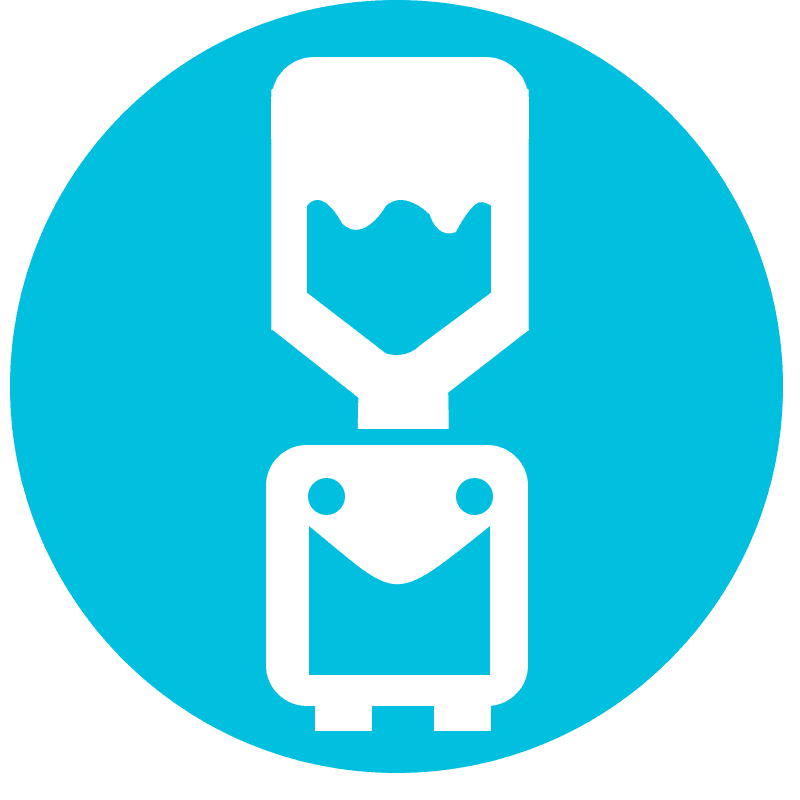 Chlorine has been used as a disinfectant to clean domestic water supplies in developed nations for decades. It’s highly effective at killing a wide variety of organisms, but it does have its own set of problems. Let’s take a closer look at how chlorine works, the possible negative health effects, and some simple solutions to fix the problem.

The process of chlorination has been used to treat public water since 1894. It was first used in New Jersey, America and then other places to treat emergent threats. As cities grew larger, these new metropolises became vulnerable to waterborne diseases, such as cholera and typhoid. The chlorination of the water supply saved millions of lives all over the world and became the go to method for killing harmful organisms. It does this by attacking the cell walls of the organisms and altering their structures. Even the deadliest water containing large numbers of harmful organisms can be made safe in less than an hour.

The Health Concerns of Chlorination:

Although chlorination is effective at killing harmful organisms, researc/h conducted in recent years has raised some concerns. The use of chlorine creates disinfection byproducts known as trihalomethanes or THMs and haloacetic acids or HHAs. Exposure to these byproducts has been linked to a number of health problems, such as brain damage, kidney failure, various cancers and birth defects. The exposure occurs when ingesting water treated with chlorine and in other ways, such as bathing, showering, and eye contact.

Is Chlorinated Water Safe to Drink?:

The health effects of chlorinated water byproducts require further study and no definitive studies are available yet. Despite these health concerns, chlorinated water can be safe to use if a few rules are followed. It may be a good idea to rent or buy a system that uses water filters to remove or reduce the levels of disinfection byproducts. Chlorinated water that is drawn from the tap and left to stand for a while has less chlorine gas in it, and thus it’s safer to use.

Whatever the solution, one of the least problematic and annoying aspects to drinking chlorinated water is the taste and smell. Many people, cannot stand the “swimming pool” odor of treated water, these people will enjoy bottled spring water and filtered water as a more palatable alternative.

If you’re looking for water filter systems for home or business use, contact us. At Aussie Natural we sell and supply a wide selection of high quality water products. We rent out water coolers, and we have water filter systems for sale. We also stock locally sourced natural bottled spring water, and we can deliver it to your home or business for added convenience. Our sales team members are standing by to discuss your needs in more detail and to answer any remaining questions that you may have.

Water is Your Secret Weapon to a Better You

Key Things To Note When Buying A Water Dispenser

Tanya Bolt
12:25 26 Feb 20
When your daughter mentions that the water at Mummy's house is better than at Daddy's house you know your onto something good. If a 5yo can taste the difference in the water quality what's that say about what is coming out of our taps. Thanks for making the small changes I've made in our health easy. Delivery guy is always polite and happy to carry the bottles to where I store them. Staff, on the few times I've had to visit the Wangara office, are always polite. Really if you want to do something good for your family then Aussie Natural Spring Water is a no brainer. You won't regret the change.
‹
›