Thirsty? Choose Water For Many Reasons 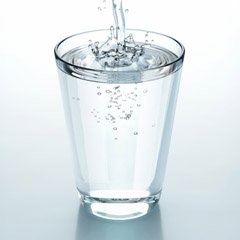 There is never a reason not to drink water when you’re thirsty and a long list of reasons why. Here are just a few of them:

Conversely, not drinking enough water on a regular basis can also raise blood pressure. That’s because dehydration causes blood vessels to constrict as the body strives to conserve water. When blood vessels constrict, however, the heart pumps harder, bringing blood pressure up.

Tanya Bolt
12:25 26 Feb 20
When your daughter mentions that the water at Mummy's house is better than at Daddy's house you know your onto something good. If a 5yo can taste the difference in the water quality what's that say about what is coming out of our taps. Thanks for making the small changes I've made in our health easy. Delivery guy is always polite and happy to carry the bottles to where I store them. Staff, on the few times I've had to visit the Wangara office, are always polite. Really if you want to do something good for your family then Aussie Natural Spring Water is a no brainer. You won't regret the change.
‹
›